The Death Hilarious and Ben Pope’s sketch group Princes of Main were part of the line-up at London SketchFest 2016.

The Death Hilarious performed as part of a double bill with Mixed Doubles on Sunday 6th November, and Princes of Main were one of the Best New Act contenders on the same day.

The Death Hilarious went on to win Sketch Screen 2016 for their short Anne & Joel.

It’s towners versus out of towners in this weird and wacky show featuring London-based Mixed Doubles and Welsh-bred The Death Hilarious. Expect to be pushed to the threshold of silly and dark as these two wonderfully polarised acts bring their oddball brand of humour to life.

The sketch duo now bring their South Wales valleys-tinged brand of mayhem to London to make their very first appearance at the festival and share their dark and twisted ways with us.

“…exciting…a rare and unique voice. A Death Hilarious sketch is where hell shares a partition wall with your woodchip-lined living room…where Coronation Street meets The Exorcist…and it is entirely fresh and magical” (Stand Up For Comedy)

Each year London Sketchfest searches for the hottest new and unsigned sketch comedy acts in the country.

One of the most exciting shows of the festival the Best New Act competition brings 12 of the best new and unsigned acts together for an annual showcase of the best new comedy Britain has to offer.

Princes of Main are a sketch trio made up of ex-Cambridge Footlights, Ben Pope, Alex MacKeith and Jamie Fraser who made their debut Fringe appearance in 2013, going on to tour in the US and Europe.

A festival celebrating the best up-and-coming writer-performers in comedy, London SketchFest is on a mission to spotlight the best young British comedic talent and bring it all to one place. From great new comedy acts that are just emerging to more established groups that are tearing up the live circuit and making a name on TV and radio. 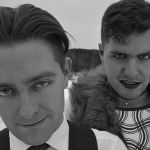 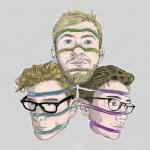